Hmmmm, why am I sitting here in front of this machine and not slaving away on the car, well March was one of those months that a lot happened but not a lot of pictures to prove it. Everything is just quite frustrating currently as everything is half due to some sort of part, tool or work on the way or still on order, but this presented itself with the unique opportunity to do some planning, especially spending time behind the computer designing a few parts for the throttle bodies and front suspension, I even found some time to design a camping table, but more of that at another time. 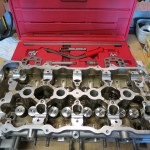 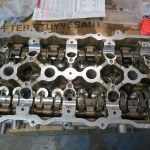 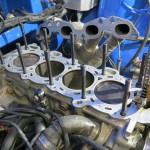 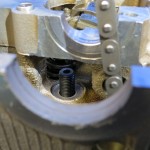 Since all my parts arrived back from either the machine shop or the states, I was finally ready to close the motor again. Seeing that I polished the ports and combustion chambers, the head was washed various times to make sure everything is out that has no place in a motor, I started assembling the head, but this did not last long as I looked at the new set of BC valve springs and the previously bought Valve Keeper installation tool, this thing is great at removing the kotter’s  but definitely not at installing them, maybe it has something to do with the fact that the new springs are much stiffer than the OEM units. I must admit, after building 3 years on the car, I’m finally starting to learn some patience  not a lot, but just a little. I realised that I will need to get a better tool to install these valves without damaging anything. I ordered a new contraption, by this time you may ask why I ordered it, I only had enough patience to realise I will have to wait before I can install the valves, but not enough to wait for laser cutting to arrive to make my own tools. Maybe oneday I will be able to wait for both. Once the tool arrived it literally took minutes to have to bunch assembled. 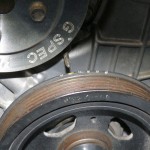 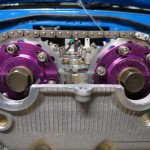 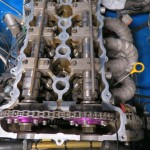 Seeing that the OEM head bolts and head gasket will be replaced with a ARP Head Stud Kit and Cometic head gasket, neither that I have used before I was quite cautious since these stuff is a little more expensive than the normal parts. The threads was cleaned over and over, studs test fitted to make sure they enter more or less the same amount into the block etc. Head Gasket test fitted. Ian from Rezlo Auto Works also warned me to not install the head with the studs pre installed as they limit the head movement dramatically which makes getting the timing chain thru the head a mission, part of this warning was the installation of the head studs, the mandate was, hand tighten and then half a turn back. After reading the attached instructions the process was quite easy, apply a decent amount of ARP lube to the washers, studs and nuts, torque them down in 3 equal steps. After that the rest was quite familiar  as it was not the first time installing the followers and cams. Timing was triple checked, checked again and confirmed a few times. During this whole process the original crank pulley went back on until it can be replaced with a decent harmonic balancer. Just on a side note, I did notice the water pump turns a little slow if the underdrive crank pulley and water pump pulley is used on low rpm. 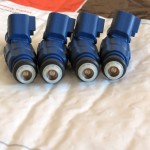 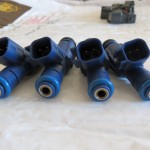 For those reading this that have not done business with companies or individuals in the States, make an effort to import something, you will be pleasantly surprise to realise that in South Africa we have no customer service. I placed an order for a new set of Bosch 0280156127 440cc 42lbs-hr EV6 Blue Giants, in a matter of 3 hours the order was packed and a tracking number was sitting in my inbox, 5 working days later a phone call from Customs asking me were I want these delivered. And the best part of it all, They actually have functional websites with detail descriptions etc, not like the current RSA trend to create a &#!%(&^ facebook cover page with your companies contact detail. Better for me to stop here regarding this thing called facebook and the way people use it. 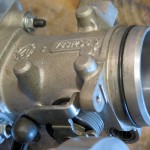 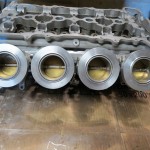 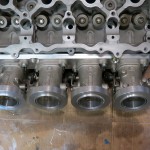 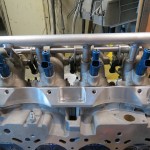 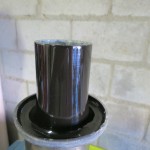 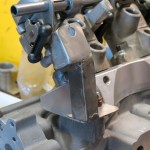 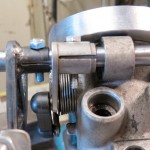 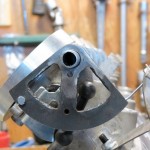 During this time I played a little with my brothers new toy, a milling/drilling machine, I used it to start the work on a set of adaptors between the throttle bodies and new backing plate, they will form the seal around the units and the backing plate will be welded to it, this will form a practical and clean solution. The throttle cable mount kept me busy for awhile as I lost the ability to Tig weld, everything was a mess, until I disassembled everything and started again, still not my proudest piece of work, but not that bad to hide it. Seeing that the injectors arrived I was able to complete the fuel rails mountings and fittings, these are in the form of -6 AN units. Finally I managed to finish with my 50mm ID velocity stack mould. If I have to say I spend 10 hours on it, I will be telling a lie, I destroyed one, learned a few lessons working with fibreglass on small parts, etc Even this mould is not perfect, but 95% there. 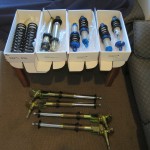 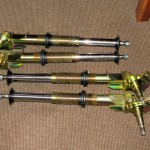 A warning for those interested in importing some parts with a value of more than R20 000.00 in a single shipment, either have your story straight with signed affidavits stating it is for private non commercial use and a one time deal, or just ask the company shipping it to ship it as individual items. Let me explain, my brother wants four a coil overs for his Mini project, a friend wants a set of front shocks for his up and coming MKII rally car and I’m in need of front and rear shocks for the car, after more than 4 months of research we place a order with Gaz Shocks in the UK. Let’s not kid each other, this is one big order, so big we had to confirm that the credit card used for the transaction can handle that amount of money in a single daily transaction, thus a few k more than R20k in a single go. A few days after I received confirmation that the order is shipped, one of TNT custom officials phones and asks for an Importers permit, the first reaction is why, well the answer is easy, any single order bigger than R20k must be done via a company holding a Importers Permit, well well, we did not know this as we were just importing a few shocks, seeing that the current rand-Pound exchange is so bad, they should make this limit a R100k and leave us alone. We want to trade and don’t mind sending our money over the water. Anyways, we were instructed that our only way out was to sign a affidavit stating it is for private non commercial use and a once of deal sort of thing and hope for the best. At the end of the day our shipment was released from TNT’s storage facilities without additional fees besides the normal customs.

To add the cherry on the top, once I finished opening all the packages, i realised that they forgot to include 4 helper springs, main springs and retainers. Luckily Gaz send these promptly as back order items.

And the moral of the story, the majority of the parts are cheaper to import yourself, we are rapped by the performance part resellers in this country, the only person I would recommend contacting for parts out of the States is Ian from RAW. If he can’t source it, import it. I have forgotten about the “Proudly SA” saying, I’m more than happy to send my money to the States or the UK, becuase I do like to be handled in a individual manner. 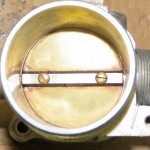 Seeing that thsi was the reason for all the fun since January on the motor front, I was determined to try my best this time around to not have another screw loosening and starting a party on the pistons.

This is my story. 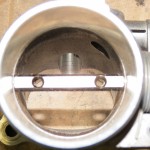 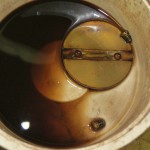 2. Clean, clean and clean them again, in my case I used thinners and acetone 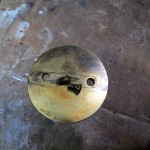 3. Dry and wipe clean with a clean cloth 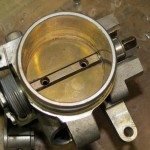 4. Re Install the throttle plate while taking care to align it with out scratching the sides of the body 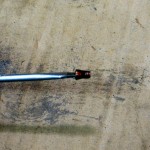 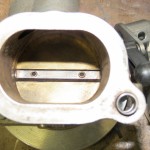 6. Fasten the screws without stripping the thread, if you did, turn it a half turn back and be done. 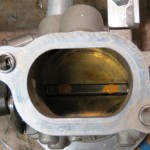 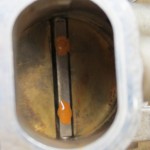 8. Apply a droplet of paint to the underside of each screw, this will form a bond between the screw and throttle shaft.