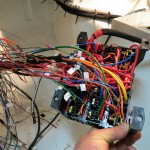 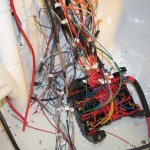 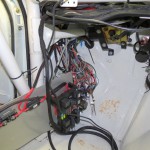 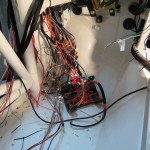 Wiring, well all the time available I spend on the wiring when not working during the day and night, 90% of it is done, just a few small things and it will be done. The biggest news to date is the fact that the motor started for the first time and I took the car for a drive, but more of that later. 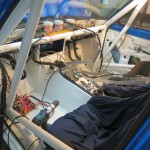 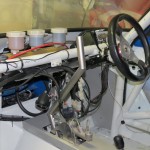 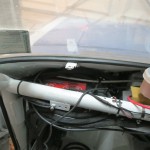 As the time went by breaking my back in the navigator seat getting every wire in place, I started thinking and making changes to the wiring as I went on. The more experience the better the decisions. I realised that you cannot drive the LCD Screen via a serial connection while having a laptop connected to it for tuning. This had me going for a while, until I decided to run a dedicated rpm output from the LINK to the Dash, now I always have rpm on the screen. Seeing that the Gearbox speed sensor is a variable reluctant unit which the DASH2 cannot read, I had another issue, I was just about to hit the order button on Rallynuts  website for a Monit VR conditioner, when the light went on, the final result, seeing that I’m already inputting the Diff speed to the Link, just setup a output as an Electronic Speedo driver and all issues resolved and another R500 saved. Another R500 reason to buy decent management. 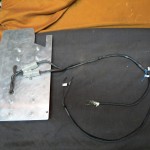 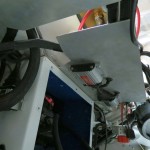 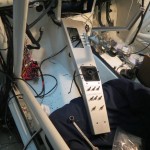 After bolting a few items like the Ignitors and coils on and off a few times, I decided to add a multi pin Deutsch connector for each, Now I’m able to unplug them without having to struggle with removing terminals etc. While I was busy making life easier for one day, I decided to replace all the el cheapy plugs I installed for the gearbox wiring with decent single Deutsch unit. A few additional switches was added to the center console and fuel pump wiring also changed.

To date, the following Input/Outputs are used on the car:

All the wiring was manually tested for any funnies, a few beginners mistakes fixed. One of the biggest weapons on the LINK is the various test functions, first we tested all the Injectors, then ignition outputs, this is magic especially to eliminate any bad wiring. 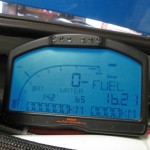 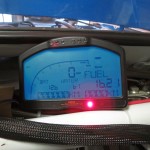 Once I read the start-up instructions a few times provided with the manual, the actual process was quite quick. I started with the basics as the manual dictated, made sure the triggers are picking up, calibrated the triggers. Then I got my brother to check the timing while I cranked it and set the base offset on the LINK, applied some throttle and it started hissing, spitting and it had life, all this from a SR20DET base map with a few changes I made.

Starting the car and playing around with the map kept me happy for a while, but I wanted to drive the car for the first time, but that idea was quickly diminished when I noticed the power steering fluid had a tendency to escape from the reservoir. It didn’t take long to realise that the oil seals must have become brittle after more than 2 years of non-use. I had two options, get it fix as quick as possible or look at the car without playing with it, the answer was easy, start phoning around to get a good company to replace the seals. Nearly had a heart attack when I realised what it costs to get work done on these units, at the end of the day I settled for a full recon on it. Then the fun started to get the car ready for the first drive.

Have a look at the Startup video’s

Anyways, a few days later my brother and I took Datto out for the first drive, all the way logging as we go along, switched on all the compensations and made sure the Air/Fuel corrections are working and off we went. This thing is freak in hard, I need to find out what sort of spring rates is on the coil overs, or the damping is thru the roof. It did not take long to realise I need to get the car together as the sensation to drive the car after two and a half years overwhelmed me, besides driving around only at night to keep unwanted attention away as the wheels are sitting 150mm out per side and no mirrors is looking for trouble. The first drive went better than expected, I seriously expected some more issues, however, the biggest mystery is a fuse that likes to pop on a prolonged drive. The one supplying 12V to the CAS, reverse and brake lights. Yea yea I know, I was stupid doing it this way, but at the time it made sense to save on available pins on the firewall connectors. The car can stand and idle for hours in the garage, reverse and brake lights operated to death, no blown fuses, but after driving for 10minutes longer, it will blow. I’ll separate the CAS from the lights and see what happens. 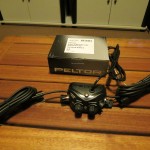 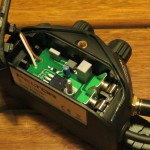 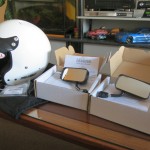 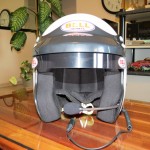 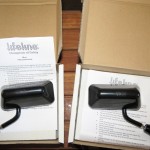 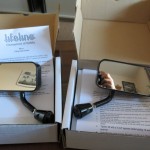 During the course of the two months, two very game changing parcels arrived. Finally I made up my mind that the cars focus will be shifted away from Gymkhana/Tar Rally (which we only have one a year) to gravel rally. Luckily for me I have a very good friend that is either stupid enough to get in a car with me on gravel or this will be my opportunity to convince him a MKII Escort was designed to be a rally car. First was the intercom, this after a shocking few days researching safety products and prices, not to mention the prices the monopoly charged for this sort of products in our country. I decided that I’ll rather import some of the stuff, even if it works out to the same amount of money. Next up was the helmets and mirrors, another case to vomit about, these Bell Mag-1 Rally helmets is basically the entry level WRC intercom compatible units on the market landed in South Africa, but the price is still ridiculous. Carrying a FIA Snell2010 certification, meant that we could choose our own make of HANS anchors, here we opted for Schroth units as we will most probably be using there HANS devices. The mirrors was another trial and error purchase, seeing that this was the 3rd set of mirrors bought, the first set imported was slightly to big, 2nd set not even good enough to use on your lawnmower, seeing that you need two hands to adjust them. This set comes from Lifeline, a well-known UK company specialising in fire extinguishers, these are pure racing car style mirrors and I was quite scared they would be to modern for a 1970 vehicle, but luckily for me, they fit like a glove to the racing car theme, on a normal road going car of that decade, it would look out of place. Thanks to Rallynuts for their great service.

Next big steps will be to get the car road legal, meaning I would have to man up, pull a finger, brave the cold and figure a way out to get flares/wheel arches hugging the tires.