Once you get the idea in your head that if you finish this and that in order to drive the car in months, things start to slip, and that is exactly what happened with this update. Once I realised I had finished with all the machining on the front suspension I started to put it together to take it for a spin. 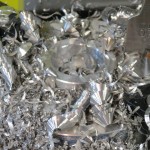 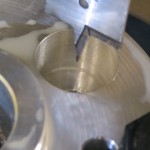 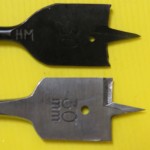 During this machining phase I learned a lot about working with the Milling machine and lathe, but one of the biggest surprises must have been the use of flat wood drills as counter bores on aluminium, mild steel will destroy them in a heartbeat. On aluminium they work a treat, you just need to take your time and keep your head with drilling the correct pilot holes, even the finish is pretty good for a R30 tool. 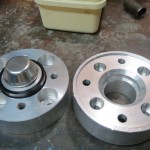 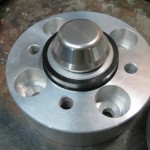 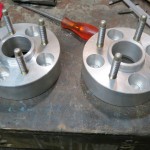 I had to leave these to the end, in order to get the correct measurements done with the struts mounted. The idea with these is more or less exactly the same as the Escort rally boys with wide arches, you mount the struts in such a way that you can adjust them to 0 camber, then make a spacer accordingly to fill the arches. My units serve a dual purpose, I made them to except standard sized spigot rings and also opened the centre hole up to allow myself to mount another dust cap if I feel the need one day. The lathe work kept me busy for a while, but drilling the holes consumed a whole Saturday, finishing a hole required between 5-7 tool changes before moving on to the next hole. 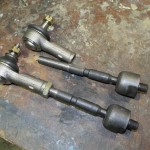 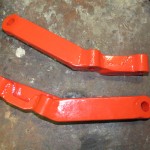 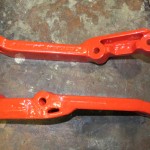 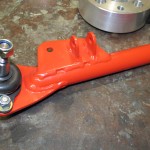 First order of business was to source a set of Cressida Rack ends and Escort MKII Tie Rod ends, the tie rods was chosen due to their standard M14 thread and the fact that they use the same taper as the struts. Seeing that I have no idea how to cut thread on the lathe, I bought a decent M14 die and turned a nice tool holder to use it in the lathe. It took me under a hour to cut the rack ends to size and cut the thread on both of them. Building the steering arms was another beast altogether, these took some time but is not the final product, as I first want to use the car to figure out what needs tweaking were. The next set will be built with the tie-rod mounting higher in order to allow more downwards strut travel. 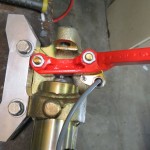 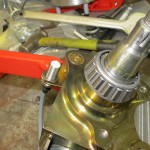 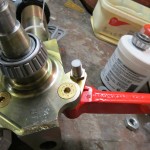 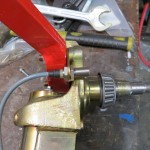 Since I needed a wheel speed input from the front wheels, I decided it is time to import probes for a rally ODO. I made some brackets and installed a probe on each strut, one for a ODO in the future and another unit for the LinkECU to calculate the difference between front and rear wheel speed, this will be used for the traction control function. 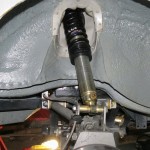 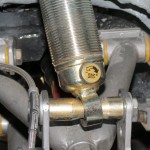 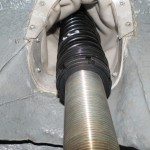 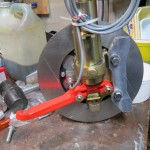 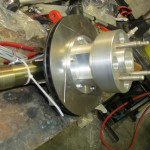 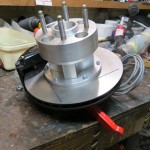 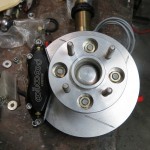 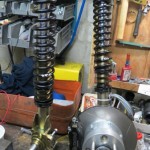 After all the parts was powder coated I started with the final touches to assemble the struts, had to countersink the steering arm mounting holes seeing that I had to use countersunk cap bolts as normal units was hitting the bolts connecting the hub to the rotor adaptor. Final assembly went without any hassles.