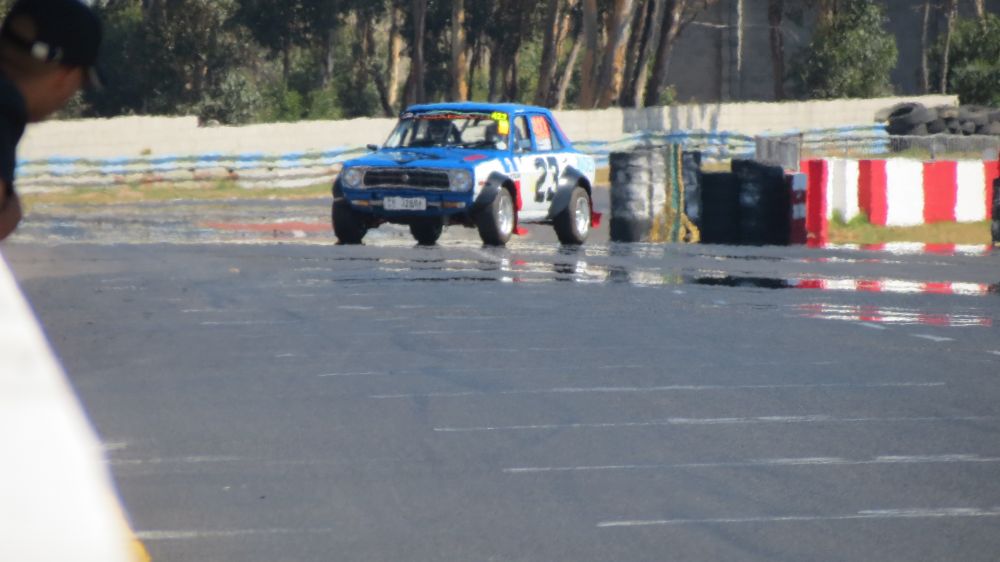 Saturday we took Datto to Killarney racetrack for it’s very first test session during one of their Track days. We probably could not have chosen a better day to do testing especially if the goal of the testing was to make sure all temperatures stayed within the limits while driving the car hard. The weather reports stated it was 34°, all I know it was 30° that evening at 12 o’clock. It was extremely hot and seeing that one of the things that we wanted to test was our safety equipment. 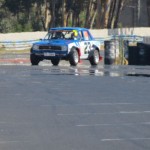 A two layer race suit, Nomex balaclava, racing shoes, gloves and helmet does create a oven like feeling when sitting still in the car while not moving, once you are moving along and shifting up and down thru the gears, the heat is non existent, check for clothing being comfortable, just need to figure out a way to get out of the suit. 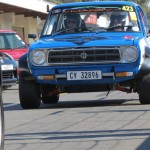 The mechanical side of the car performed perfectly. No vibrations, no strange noises besides the high pitch sound when the cams is activated, just for the record, I hate this sounds the SR20VE motor makes with the activated sound, probably the reason why they did not fit this motor to allot of every day cars, luckily for us we had helmets on a the sound of a decent in helmet intercom distracting us from the sound. We had no issues with water, oil or powers steering fluid ending on the outside of their intended containers. The temperatures stayed with in limits and quite low in my opinion, I could just consider fitting a thermostat with a lower opening temperature rating. 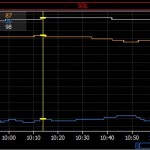 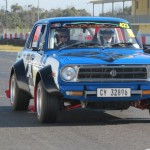 Brakes, besides the sound these Wilwood Polymatrix E compound makes, brakes are very strong with the ability to out brake a few cars. The squeal on these things is terrible, before the track day, they only squealed while applying the brakes very softly, like coming to a stop at a robot, but after a few heat cycles on the track they squeal permanently, especially under hard and soft braking but not at moderate braking, as they want to tell you navigator when you aren’t hard on the brakes. 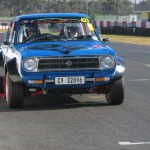 The suspension felt good, I was able to quickly gain confidence in the handling and start pushing into corners, in the high speed corners the car felt great, even when pulling the handbrake thru Malmesbury corner ( a high speed combination of two corners that is driven as one, seeing they follow each other closely), once you feel the back break loose just apply a small amount of counter steer and feed in the power and the slide is easily controlled, needles to say my navigator was caught by surprise as his instruction to me was take the corner I felt the most at ease with, he did not realize that was my favored corner. 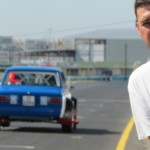 The only problem was what we expect to be a bad Lambda sensor which in turn provides the management with bad data resulting in a lean air/fuel mixture while using more than half throttle for longer than 2-3 seconds. The strange part to it is the fact that the injector duty cycle seems normal for the amount of load on the motor.

All in all I’m very satisfied with the overall reliability of the car, it seems that the car could go for hours on a end, the only sad part is the fact that I could nor drive the car full throttle as I would have liked, but the time will come. It is a nice feeling to stop the car in the pits after the last round, get out of the race suit and drive the car home. Now that I’m happy with the reliability, it time to sort the small issues and hit the gravel for some real fun and games.